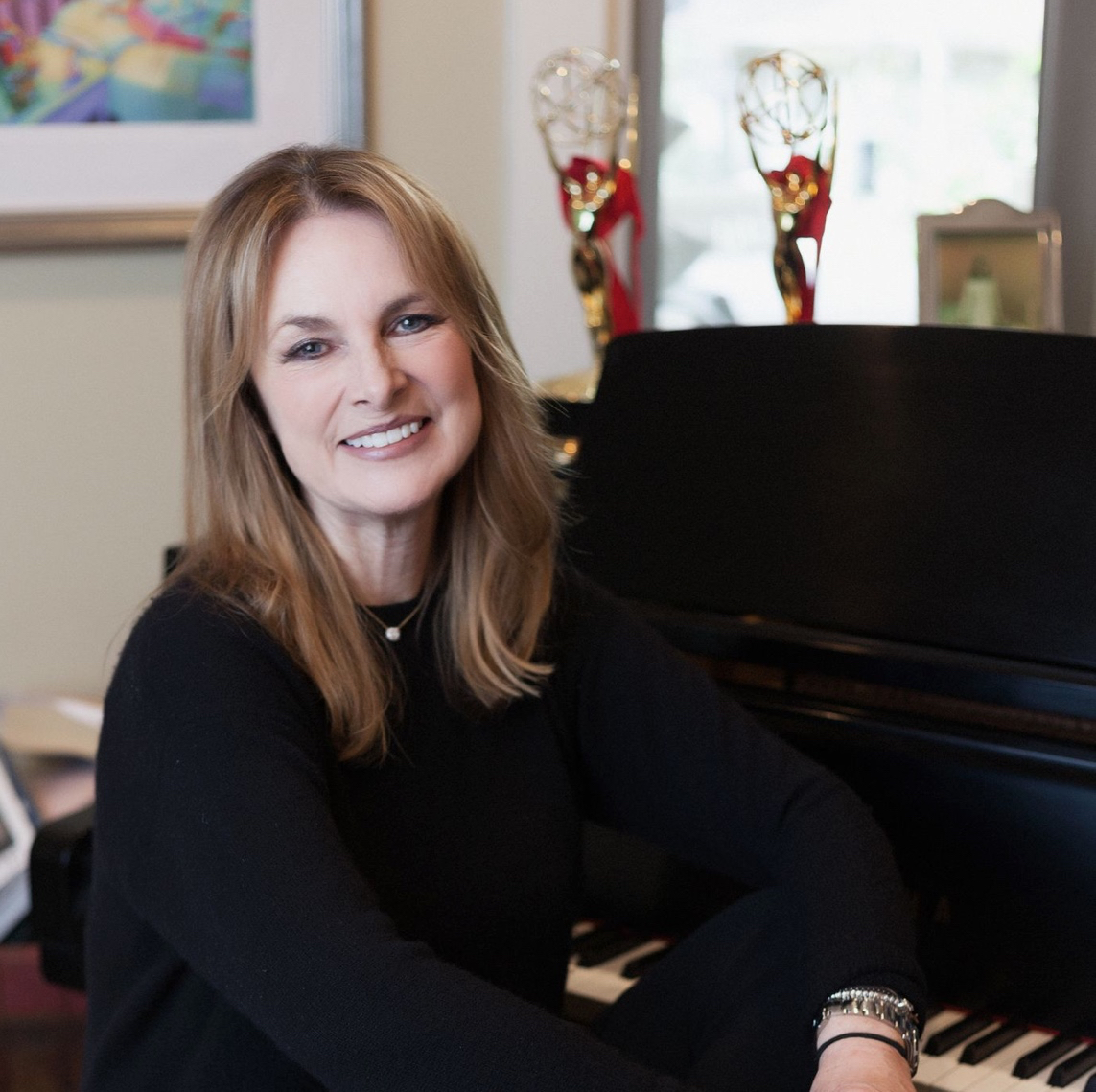 Maribeth Derry is an award-winning lyricist with broad success in theatre and film as well as pop and country music.
Most recently she created lyrics for the new score of Le Reve, The Dream with Cirque Du Soleil composer Benoit Jutras. Le Reve is playing nightly at The Wynn hotel and won the award for “Best Show In Las Vegas“ given by the Southern Nevada Concierge Association. Maribeth also co-wrote the end title song, “Grace Will Lead Me Home,” for the film The Meanest Man In Texas with Steve Dorff.

Maribeth has also been nominated for 4 Grammy’s, and has won two Emmy Awards, one for General Hospital (daytime) and one for a prime time theme with her collaborator, Tom Snow. Her credits include “I Can Love You Like That”, which won Song of the Year with both ASCAP and BMI, and was nominated for 4 Grammy’s, including Song of the Year in both country and pop categories, the latter produced by David Foster. Along with numerous pop recordings of her songs, she has two top five hits with the country music group Lonestar and a number one country hit “I Can Love You Like That” with John Michael Montgomery, a long time collaborator. Maribeth’s film credits include a featured song “Adore You” in The Wedding Planner and the theme song to Rugrats In Paris titled “When You Love” produced by Wyclef Jean and performed by Sinead O’Connor. She also wrote original songs exclusively for Ricky Martin during his years at General hospital on ABC.

During the last decade Maribeth’s focus has been on her theatrical writing. She co-wrote a two hour pop/rock opera, The Ten Commandments, based on the story of Moses, with her collaborator, Patrick Leonard, which ran for three months at the Kodak Theatre in Los Angeles. It featured rock phenomenon Adam Lambert, who starred in the show. She and Patrick have developed several theatrical properties, including The Ovation (book by English playwright and Olivier award-winner, Shaun McKenna).

In the last 10 years, Maribeth has established a close collaboration with Broadway director, Phil McKinley, whose credits include the Tony Award-Winning Boys From Oz, and the Broadway Production of Spider-Man. She has written lyrics for several of McKinley’s productions around the world, and recently completed lyrics for the score to The Bible: In The Beginning, a Phil McKinley/ Michael Cohl Production, which is currently in production. Over the past 2 years, Maribeth has worked closely with Phil McKinley and Steve Wynn on projects for Wynn Entertainment, including specialty lyrics for the hit show Showstoppers, which ran for three years at The Wynn Hotel.

Pursuing her talents as an author, Maribeth has created a children’s project, The Adventures of Lilly Stargazer, which includes a series of children’s books, illustrated by children’s artist, Jeannie Winston and includes songs written with collaborator, Matt Rollings. The first book, Lilly Stargazer and the Light in the Jar, is currently available on amazon.com Maribeth was raised in Western Pennsylvania and did her graduate work in Theatre Arts at the prestigious Carnegie Melon University.