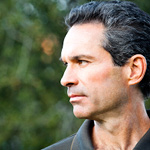 Equally comfortable in front of an orchestra or a wall of computers, Dean brings forth a broad range of musical and technological skills, including composition, orchestration, conducting, music editing & supervision, and engineering & recording.  He is also passionate about the art of storytelling, and has lectured on the role of music in film and other modern forms of storytelling.