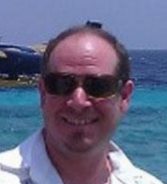 Steve Griffen is a 20-year veteran in the L.A. music industry.  He studied music performance at Cal State Northridge and worked as a consultant in the early days of computer-based digital recording. He later worked for Digidesign during the development and implementation of Pro-Tools software.

Steve returned to Los Angeles in 1993 and began a career in music editorial.  He later found work as a staff writer/producer for LA/NY music, creating advertising jingles, and then moved on to the record industry, where he received engineering and production credits for artists such as Gavin Degraw, Avril Lavigne, Lisa-Marie Presley, The Urge and Jude Christodal.

In recent years, Steve returned to focus on film & television, where he functions as a music supervisor, editor and producer. His recent credits include “We Are Marshall”, “Dirt”, “Jolene” and “The Starter Wife”. He is currently working on “It’s Always Sunny in Philadelphia” for FXX, “Super Fun Night” for ABC and “Hot Tub Time Machine 2.”